Recently I have tested and reviewed numerous gaming mice under the price bracket of Rs. 2000 and have come to a conclusion that three mice mainly rule this segment, the Logitech G402 Hyperion Fury, the Razer DeathAdder Essential, and finally the Logitech G102 Light Sync, which today I will going to do a detailed review of.

It is one of the cheapest gaming mice under this price segment that actually has a decent gaming-grade sensor and can be easily bought for about Rs. 1500 (28$ US) in India.

So let’s quickly start with the box contents.

In the box, you will get some old boring paperwork like most of the other tech brands like to put in the box for you. Next comes the big Logitech sticker, which you can place anywhere on your setup to flaunt to your friends. Finally, the mouse itself comes in two easy colors, White and Black. I personally got the Black variant which looks pretty cool.

Coming on to the design and its build, the first thing that I noticed was its weight distribution. Logitech has done an impressive job with this mouse’s weight distribution, which I would like to appreciate that most other gaming mice, especially in this price segment, seem to ignore.

The Logitech G102 is a medium-sized mouse which makes it compatible with almost all the hand sizes and grips. Although people with big-sized hands may find using the claw grip a bit uncomfortable.

For people with small to medium-sized hands, claw and fingertip type griping would be not an issue and would be comfortable enough for long hours of gaming. Since this mouse is focused on gamers who generally use claws and fingertip-type grips, you should keep in mind that palm-type grip won’t be that comfortable either.

The buttons of the mouse are made of good quality switches, which give a good clicky feel on activation, although they are not the silent ones and make a loud, clicky noise.

On the back of the mouse, you will get four small-sized PTFE feet that offer a smooth gliding experience on most surfaces. The mouse comes attached to a 2.1-meter long non-braided cable which is not of the best quality but is acceptable in this price range.

Now, the part that most gamers care about is comfort. I have personally used this mouse for around 4 to 5 hours of continuous gaming for a couple of days, and I can tell that the mouse was very comfortable, thanks to its good ergonomics and design.

Another factor contributing to its comfort is its weight, around 85 grams. Yes, this weight is more than the other ultra-lightweight mice, but it is enough to make your experience pleasurable.

One of the first features that caught my eyes was its RGB lighting which I can guarantee that you will absolutely fall in love with. The Logitech G102 has a strip of RGB light that runs around the palm rest of the mouse, along with an illuminated Logitech Logo on the top.

Logitech offers unlimited RGB customizations, which means you can choose any color of light you want for any part of the RGB light. You can even synchronize the RGB lights with the music by using the Audio Visualizer option in the compatible software.

The software is compatible with the Logitech G Hub software, allowing you to customize your mouse as per your requirements easily. Using the software, you can also customize the DPI modes, polling rate, and more.

The mouse has a total of 6 buttons which can be easily customized using the same G Hub software along with options like setting macros and creating new DPI modes. There are no buttons on the left side of the mouse as it is only meant for right-handed users.

Another good thing is that the mouse has an onboard memory which means you can simply plug your mouse into a new computer without needing to customize it from scratch.

Coming onto the gaming performance, Logitech has not declared the exact gaming sensor they have used with the G102, but whichever sensor they have used, my experience says that it is a gaming-grade sensor, and I bet that you will feel too. The mouse offers a polling rate of 1000 Hz / 1 ms and a DPI range starting from 200 to 800 DPI which can be customized using the G-Hub software. It has a lift-off distance that is somewhat less than 3 mm.

I have tested this with games like PUBG PC & Valorant, and I could say the performance is pretty decent. Yes, the performance is not as good as the DeathAdder Essential or Logitech G402 as they have a better sensor, but it is good enough for beginner-level gaming.

Now finally, does the Logitech G102 make sense at its price point, or should you spend more money on its better alternatives?

Well, I would say the Logitech G102 is a pretty good gaming mouse for games like CS GO, PUBG PC, and Valorant, as these games need not just performance but comfort as well, and I found comfort as one of the strong parts of it.

So yes, if you are a beginner-level gamer or someone who casually likes to play some games in their free hours, then this is an optimal choice for you. But if you are someone who is more than a beginner or can expand your budget a bit, then you surely have some better options waiting for you.

You can also watch the same review on youtube. So finally, that is all from my side on the Logitech G102. If you have any queries or suggestions, feel free to drop them down in the comments below.

Both mice are nearly identical; the major difference is that the g102 LIGHTSYNC has three independent RGB zones within the band that wraps around the back, while the 102 Prodigy only has one zone.

What is the pooling rate of Logitech G102 Light Sync?

Review Overview
Good 7.9
Design and Build 7.0 out of 10
Comfort 8.2 out of 10
Features 8.0 out of 10
Configuration Software 9.0 out of 10
Optical Performance 7.0 out of 10
Value for Money 7.9 out of 10
Good Stuff Stylish, light in weight and durable Comfortable for all hand size Good optical sensor Onboard memory Great software support Unlimited RGB
Bad Stuff Non braided cable Buttons and scroll wheel click is a bit loud
Summary
The Logitech G102 is definitely the best budget gaming mouse with decent optical performance, comfortable design, and most important unlimited good looking RGB light. So yes, if you are a beginner-level gamer or someone who casually likes to play FPS games, then this one is a good choice for you.
User Votes (1 vote)

By Prateek
Follow:
Prateek is a technical writer-turned journalist with experience in tech and web development. He's drawn to niche technologies such as AI and blockchain. Outside of writing, Prateek is passionate about gaming and App building.
1 Review 1 Review 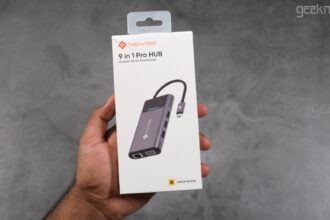 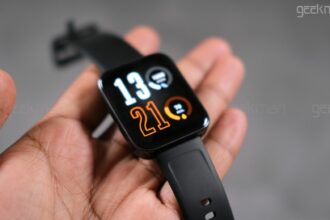 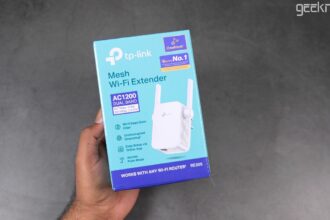 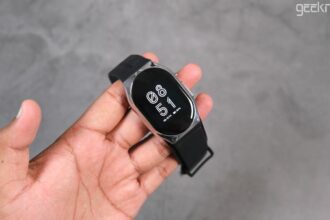