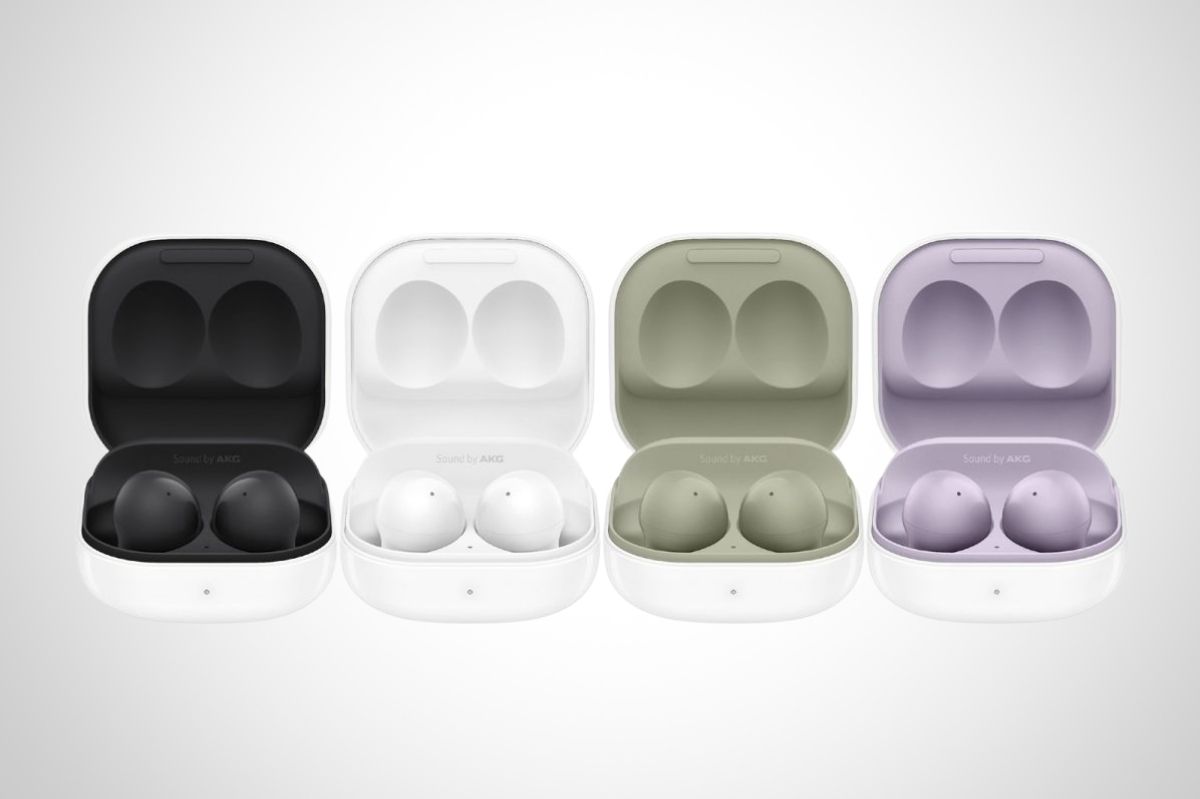 Samsung came prepared for its Galaxy Unpacked event and we got to see a whole new bunch of products being launched by the tech giant. Along with the much-awaited Galaxy Z Flip 3 and Galaxy Z Fold 3 smartphones, Samsung also launched its TWS earbuds lineup and the Galaxy Watch 4 series. The freshly launched Galaxy Buds 2 wireless earbuds are a successor to the first-gen Galaxy Buds that were launched a couple of years ago when Samsung launched its flagship Galaxy S10 series.

Let’s start with the design first. Samsung has decided to opt for a dual-tone color scheme. The outer case would always be cladded in white whereas the interiors of the case and the earbuds themselves can be in a different shade. The outer charging case is quite similar to the one you get with Galaxy Buds Pro.

Talking about performance, the Galaxy Buds 2 are powered by 11mm drivers. You get a 2-way Speaker system consisting of an 11mm woofer and a 6.5mm tweeter. You can expect the call quality to be great on the Galaxy Buds 2 because it houses a 3 mics microphone system. There are 2 outer mics and 1 inner mic alongside a Voice Pickup Unit. You also get Samsung’s companion application thanks to which you can switch to various settings including Bass Boost, Soft, Normal, or even Treble Boost and equalizer.

Talking about connectivity options, Samsung has opted for Bluetooth 5.2 on the earbuds that also support Samsung Scalable codec, AAC, and SBC. Additionally, the earbuds also support various sensors including a Gyro sensor, an Accelerometer, a Proximity sensor, Touch sensor, Hall sensor, and a VPU sensor.

One of the main highlights of the Galaxy Buds 2 was its ANC or Active Noise Cancellation feature. As we have already mentioned, each bud has three microphones out of which two of them block the exterior noises. When combined with the crisp quality of the third microphone, you can expect your calls to be completed without any troubles and background noise.

Talking about the battery life, each earbud houses a 61 mAh battery whereas the charging case arrives with a bigger 472 mAh battery. Samsung claims that you can get a playback time of about 5 hours on a single charge with the ANC enabled whereas the playback time increases to about 7.5 hours with the ANC feature not being used. The charging case also supports the Qi-certified wireless charging that provides you with an hour of playback time with just a quick 5-minute charge.

Samsung Buds 2 will initially be offered in the American markets and it would carry a price tag of $149.99. Users have four color options to choose from: Lavender, Graphite, White, and Olive. You can place your orders and the earbuds will start shipping post August 27. According to Samsung, the price tag would allow more consumers to experience an immersive sound, enjoy seamless connectivity and use more powerful features.

As of now, we don’t know how much would the Buds 2 cost in India and when would they actually hit the Indian markets. Stay tuned for more updates.