Gone are the days when you had to spend a fortune to get a smartphone that not only looked good but also loaded with features. In today’s times, a budget of under Rs. 30,000 is more than enough to get you a phone that can compete with some of the more expensive smartphones in terms of specifications. But the segment of mobile phones under Rs. 30,000 is a very competitive one because you get hundreds of options from almost every major smartphone brand. As a result, finding the best phone under 30000 rs can be a troublesome affair.

If you find yourself in a similar situation, you should give this article a read until the end. It is so because in this article, we are going to cover the best phones under 30000 rs in the market currently that you can buy. So let’s begin.

+1000 Buyers Get Their Best phone From Our List, Every Month. We update this list every week, so you will get the latest and best phone from the Indian market. Still, if you need any help, we are 24/7 available on our Youtube channel, Facebook, and Instagram.

These are the best phones under 30000 Rs that you can buy today: 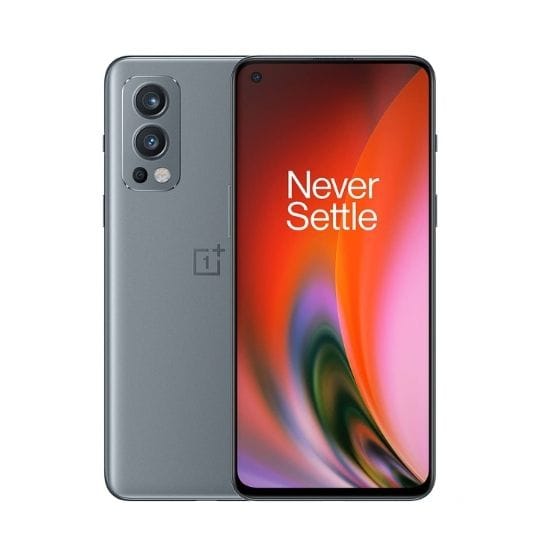 The OnePlus Nord 2 runs on the MediaTek Dimensity 1200 AI chipset that is said to feature one of the fastest smartphone CPUs ever: the 3GHz Arm Cortex A78 that responds immediately to the inputs. The Dimensity 1200 AI is easily one of the most powerful processors in this segment, and it can handle any task thrown at it pretty easily. You also get up to 12GB RAM and up to 256GB UFS3.1 storage. The smartphone features a 4500 mAh battery with support for 65W fast charging.

You get a triple camera setup on the rear end and a single punch-hole camera for the selfies. The camera quality is decent enough, and you can get some good pictures. You can record 4K @ 30FPS, Super Slow Motion, Time Lapse, and more. The smartphone has a 6.43-inch AMOLED display, with a 90 Hz higher refresh rate. The Mi 11X is our first pick on this list, and it would be safe to say that it is the best phone under Rs. 30,000 in India. One of the major reasons the Mi 11X grabbed the first spot is the specifications it offers and the price tag it carries. You can think of almost any feature, and the Mi 11X would have it. A powerful processor, a higher refresh rate AMOLED screen, fast charging, decent battery life and whatnot.

The Mi 11X features the Snapdragon 870 5G SoC built on the 7nm technology and Kryo 585 Octa Core GPU. The Snapdragon 870 is one of the fastest smartphone processors right now, and you can expect it to provide you with top-notch performance. You can easily play games like CoD Mobile, PUBG, Asphalt 10, and more without any issues. The phone also features up to 8GB RAM and 128 GB internal storage, which should be enough for most users. The smartphone has a 4520 mAh battery with support for 33W fast-charging via the USB Type-C port.

Talking about the display, you get a 6.67-inch AMOLED Dot display with support for HDR 10+ and a 120 Hz higher refresh rate. The display features a single central punch hole camera of 20 MP. You get a triple camera setup on the backside, with the primary camera being a 48MP shooter, an 8MP ultra-wide sensor, and a 5MP Super Macro camera. The camera quality of the primary sensor and the front-facing camera is quite good, although some contrast is added to the images. Using the main camera, you can record videos in 4K at 30FPS, whereas the ultra-wide sensor offers you a FOV of 119 degrees.

Overall, the Mi 11X is a great phone that is loaded with features and has a unique and attractive design. The price at which the Mi 11X is offered and its specifications list somehow earn it a “Flagship Killer” title. 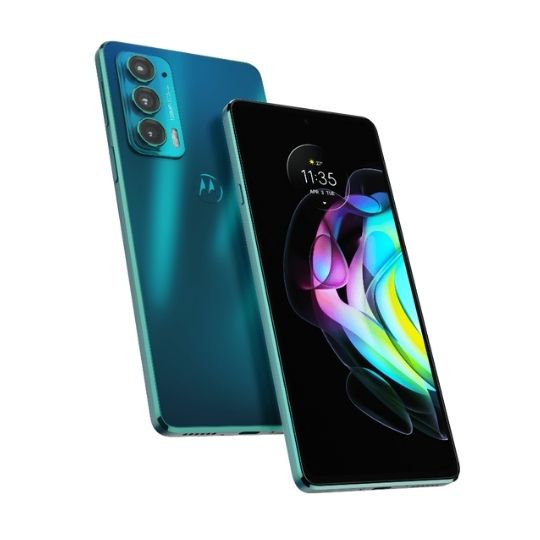 If you want to experience a Stock Android experience without all those bloatware and junkware, then the Motorola Edge 20 is a great choice for you. The phone is also a great choice if you value your security as you get the ThinkShield feature, which allows you to experience business-grade security. The smartphone is powered by the Snapdragon 778G processor, which is good enough for playing games, watching OTT content, attending meetings, and more.

The smartphone features a 6.7-inch AMOLED display with support for a 144Hz refresh rate which is not seen on any smartphone in this segment. The smartphone is also one of the slimmest smartphones, with a thickness of just 6.99mm. You also get a triple camera setup with the main 108 MP sensor and a 32 MP selfie shooter on the rear end. The battery capacity is 4000 mAh, and it should be good enough for regular users. 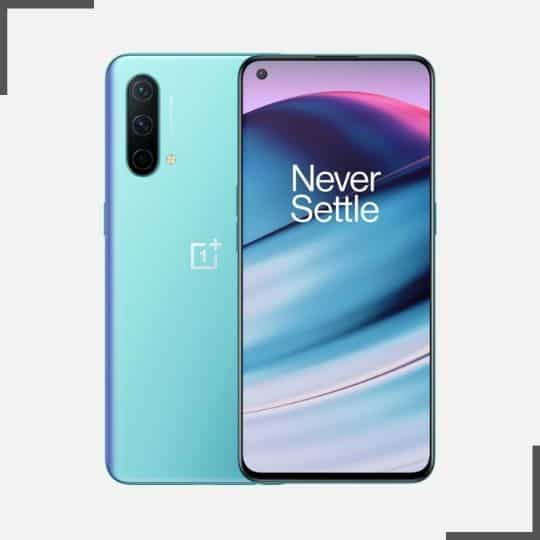 The Oneplus Nord CE is our next choice on the list of best phones under 30000. Oneplus is known to have taken over the world of phones in a very short span of time. Every Oneplus smartphone user these days has only good things to say both about their phones and the company. The Oneplus Nord CE 5G is a new entry into the Indian market with the same old design, which we saw in last year’s Nord phone.

The only change on the design front is the dimension and weight, the new Oneplus Nord CE 5G is a little lighter with just 170 grams on hands and gets a little thinner as well with just 7.9mm thickness (slimmest phone by Oneplus after Oneplus 6t). Another change is that the company brings back a 3.5 audio jack, hurrah!

The OnePlus Nord CE features a 6.43-inch FHD+ AMOLED display with an enhanced 90Hz refresh rate, the same we saw on the parent OnePlus Nord which launched last year. On the processing side, the phone is powered by the Qualcomm Snapdragon 750G SoC 7nm chipset paired with 6GB/8GB/12GB LPDDR4x RAM and 128GB/256GB UFS 2.1 storage. The phone runs on OxygenOS 11 based on Android 11, hurrah! near to stock Android experience.

This time Oneplus focuses a lot on the camera, probably after the feedback of last year’s OnePlus Nord camera. It comes with the same triple rear camera setup in the same fashion as the last Nord but with an upgrade in the megapixels. It has a 64MP primary rear camera, supported by an 8MP ultra-wide-angle lens and a 2MP mono lens. For the selfie, there is a 16MP Sony IMX471 sensor on the front.

It comes with a 4,500 mAh Li-Po battery powering its internals. This battery will last you for a full day with moderate to heavy usage. The company also included a 30W warp charger in the box that will juice up the device from zero to a hundred in 60 minutes. Check Oneplus Nord CE full review. 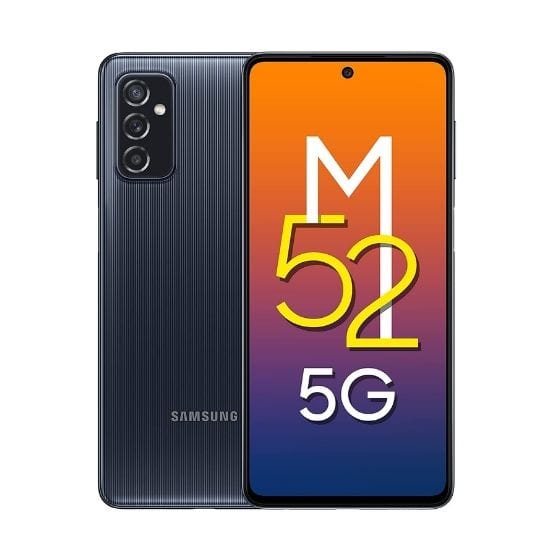 With decades of seamless customer service to their name, Samsung has been a trusted brand for the choice of elite smartphones within a budget for many all over the world.

Samsung Galaxy M52 5G lives up to its brand name and was launched on March 17th, 2021. With its back made of plastic and glass display, it runs on Android 11 and Latest Snapdragon 778G 5G chipset. Along with this, you get 6GB / 8GB RAM options and 128GB of internal storage. The chipset is very powerful and you can play most of the latest Android games that are playable in high settings on this phone without any issues.

On the camera side, it has a 64MP primary camera with 12MP 123° ultra-wide-angle camera, 5MP depth sensor, and macro sensor. For a selfie, it has a 32MP front camera with an f/2.2 aperture.

It has a 6.7-inch Full HD+ Infinity-O Super AMOLED display with up to 420 nits brightness and 2400 x 1080 pixels resolution. Overall, the phone is a great buy if you are indeed looking for quality without a severe pocket pinch! 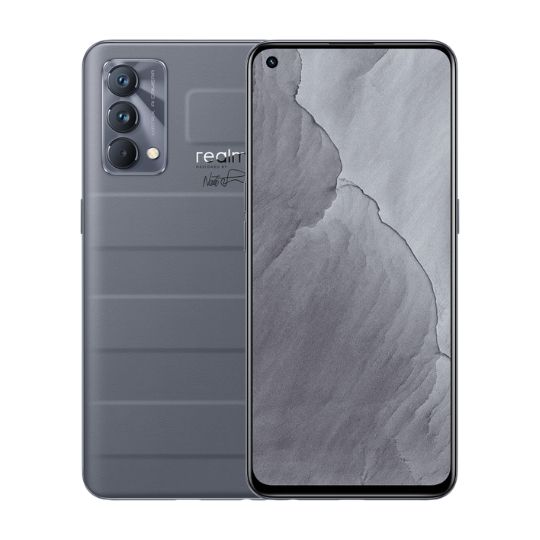 The Realme GT Master Edition is a great smartphone in the sub Rs. 30000 segment, and it continues the tradition of Realme of providing great specifications at an affordable price range. Powering the smartphone is the Snapdragon 778G 5G processor built on the 6nm technology for power efficiency. It is an adequately powerful processor that is powerful enough for casual gaming, editing photos, watching videos, and more. Like the Oppo Reno 6, the Realme GT Master Edition features the Dynamic RAM Expansion technology that expands your RAM to up to 13 GB.

The smartphone houses a 6.43-inch AMOLED display with a 120 Hz refresh rate. The GT Master Edition draws its power from the 4,300 mAh battery with support for 65W fast charging. You also get the Vapor Chamber Cooling feature that ensures that the overall temperature of the smartphone remains under control even when you are pushing its limits. You also get a triple rear camera with the primary 64MP sensor for some good looking shots.

Overall, the Realme GT Master Edition offers decent specifications at an affordable price range, and it can be a good choice if you are looking for the best phone under 30000 Rs in India. 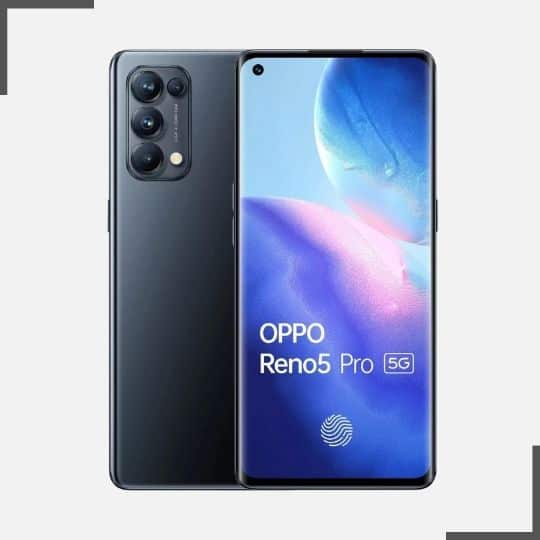 If the camera is your primary requirement, then the Oppo Reno 6 5G is one of the best phones under 30000 Rs as the camera quality is simply superb on this one. The smartphone features a triple rear AI-supported camera setup with the main 64MP shooter, an 8 MP ultra-wide sensor, and a 2MP depth sensor. There are some great features offered by the cameras of the Oppo Reno 6 5G, including Bokeh Flare Portrait Video, AI Highlight Video, Customisable Beautification, AI Color Portrait, Focus Tracking, and a lot more. In terms of looks, the Oppo Reno 6 5G is simply one of the best in this segment, and it has that premium touch and feels to it.

The smartphone runs on the MediaTek Dimensity 900 processor, which is good enough for your everyday tasks, including casual gaming. One great feature of the Oppo Reno 6 is its expandable RAM feature that provides you with up to 13GB RAM for all your multitasking needs. The smartphone features a 6.43-inch Full HD+ display with a 90 Hz fast refresh rate. You get a 4300 mAh battery with support for 65W fast charging that would recharge the battery in no time.

OnePlus 9RT Launched In India Starting At Rs. 42999, With Snapdragon...