OnePlus is clearly failing to impress its fans and its potential buyers these days. After getting a lot of hate and negative reviews for its flagship 9 and 9 Pro devices, the company has a lot of time to work on its mistakes but clearly, that hasn’t been the case. Despite carrying in the ‘Never Settle’ slogan, OnePlus is making its buyers settle for less for more price. We have seen the company doing that with the OnePlus 9 series and the Nord CE 5G is not an exception to that!

On paper, the OnePlus Nord CE 5G seems like a great device, and hell, I thought so too! But after using it for more than a week and putting it through Geekman’s Review Treatment, my opinion has changed.

Before we jump into the review, let us quickly discuss the pricing of the OnePlus Nord CE 5G. The device starts at Rs. 22,999 for the base variant that has 6GB of RAM and 128GB of onboard storage. The mid-spec variant comes with 8GB RAM and 128GB of onboard storage and is priced at Rs. 24,999. Lastly, there is a top variant that is priced at Rs. 27,999 and packs 12GB RAM and 256GB storage. Now, you might be wondering why would I hate this device despite carrying less price for more power. Well, there are a lot of compromises here and let us discuss each compromise in detail that in the future parts of this OnePlus Nord CE review.

What’s in the Box?

OnePlus Nord CE 5G is a good-looking device, no complaints there! But, my opinion quickly changed once I held the device in my hand. The first thing I’ve noticed is that there is no OnePlus iconic Alert Slider on this device. Also, the back of our unit is a fingerprint magnet. Well, that is expected given that we have vouched for the Charcoal Ink color variant. To avoid that we’d recommend you to buy a Blue Void or the Silver Ray colorways.

That said, the device is very light and the weight is equally distributed. The phone weighs 170g to be precise. OnePlus has gone with plastic back here instead of the glass back found on the original Nord. Hell, the original Nord has arrived with a Corning Gorilla Glass 5 on the back and the CE has totally settled with plastic. The compromise does not end there as the frame is made out of plastic. Moving on, the company has managed to keep the device slim at 7.9mm making it one of the thinnest phones in the market right now.

As for the button placements, the volume rockers and the sim tray are found on the left of the device and the power key is on the right. As mentioned earlier, there is no Alert Slider here. On the bottom, there is a USB Type-C port for charging and data transfer accompanied by a 3.5mm headphone jack (welcome back, jack!). Like always, the branding on the back is minimal and the camera module is found on the top right corner.

OnePlus Nord CE 5G features a 6.43-inches Full-HD+ Fluid AMOLED display with a resolution of 1080 x 2400 pixels. The aspect ratio of the display is 20:9 and pixel density stands at 410 PPI. The 90Hz display refresh rate taken an attendance here and so does the in-display fingerprint sensor. As for the screen protection, the company has gone with Asahi Dragontrail glass instead of Corning Gorilla Glass 5 found on the OnePlus Nord.

That said, the display is great with punchy colors and excellent viewing angles. The display is bright enough to be visible outdoors and while you might think that OnePlus has not settled here, the lack of HDR support cashes it hard. If you think about it, at this price point, we assuredly expect the device to come with HDR support given the content on YouTube and the OTT platforms are broadening more onto the HDR side. But it is what it is and we consider this as a huge compromise.

If there is one thing that OnePlus has not compromised about on the Nord CE 5G, that has to be with the performance and followed by software. The device is powered by Qualcomm Snapdragon 750G SoC. Yes, this is the same chipset found on the Xiaomi Mi 10i and Samsung Galaxy M42 5G. The chipset on the Nord CE 5G integrates eight cores into two clusters. The fast performance cluster contains two ARM Cortex A77 cores clocked at 2.2 GHz each and a power efficiency cluster with six small ARM Cortex A55 cores at 1.8 GHz each. Adreno 619 handles the graphic duties here.

The gaming on this device, as you would expect is great and the device can play any title in the max frame rates and medium graphics. On some titles like Call of Duty and Genshin Impact, you might as well achieve high graphics but that takes a hit on frame rates and results in eventual shutters and lags. That said, we cannot expect more from the chipset here. As for the day-to-day usage that includes opening speeds of apps and all that, Snapdragon 750G coupled with Oxygen OS, its a no-brainer.

On the software front, well, a lot has changed in the Oxygen OS 11 and clearly, it does not offer clear to stock experience anymore. But then again, Oxygen OS is far better than FunTouch OS, MIUI, and Color OS. OnePlus has worked on improving its Oxygen OS and certainly, it has become USP for any OnePlus phone. The UI is smooth and that coupled with a 90Hz display, it’s is the best possible experience you can get at this price. The device boots with literally no bloatware, well, there is one pre-installed application i.e., Netflix, but at this point, Netflix is used by almost everyone.

With that said, let us talk network. At this point, you might have already understood the fact that the OnePlus Nord CE comes with 5G out of the box. Well, one thing to note is that the Nord CE in India only comes with one 5G band that is N78. While the Global variant comes with various 5G bands including N1, N3, N5, N8, N20, N40, and etc. Do note that this is not the first time OnePlus is doing that and this is the same reason why western media has no problem with 5G. And clearly, this is settling and is a major compromise.

“If you are someone who’s is looking forward to 5G, look for some other device. OnePlus is not the one for you!”

OnePlus Nord CE 5G comes with a triple rear camera setup. While most of you think that this is a downgrade from the OnePlus Nord, technically, it’s not. The fourth sensor on the original Nord is a 2 MP macro camera. I mean, who would you a 2 MP sensor in 2021 which produces an image that you cannot even post on social media? Coming to the Nord CE’s cameras, the primary sensor is a 64 MP unit with an F/1.9 aperture and EIS. The secondary is an 8 MP ultrawide camera with a 119-degree field of view. The tertiary is a 2 MP depth sensor.

First things first, the cameras here are a downgrade from the original Nord. If you recall, the original Nord has launched with an Optical Image Stabilization (OIS) for the primary camera whereas the Nord CE only comes with an Electronic Image Stabilization (EIS). Now, that means, the low light performance and video recording are already better on the OnePlus Nord making it one more compromise for the buyers. 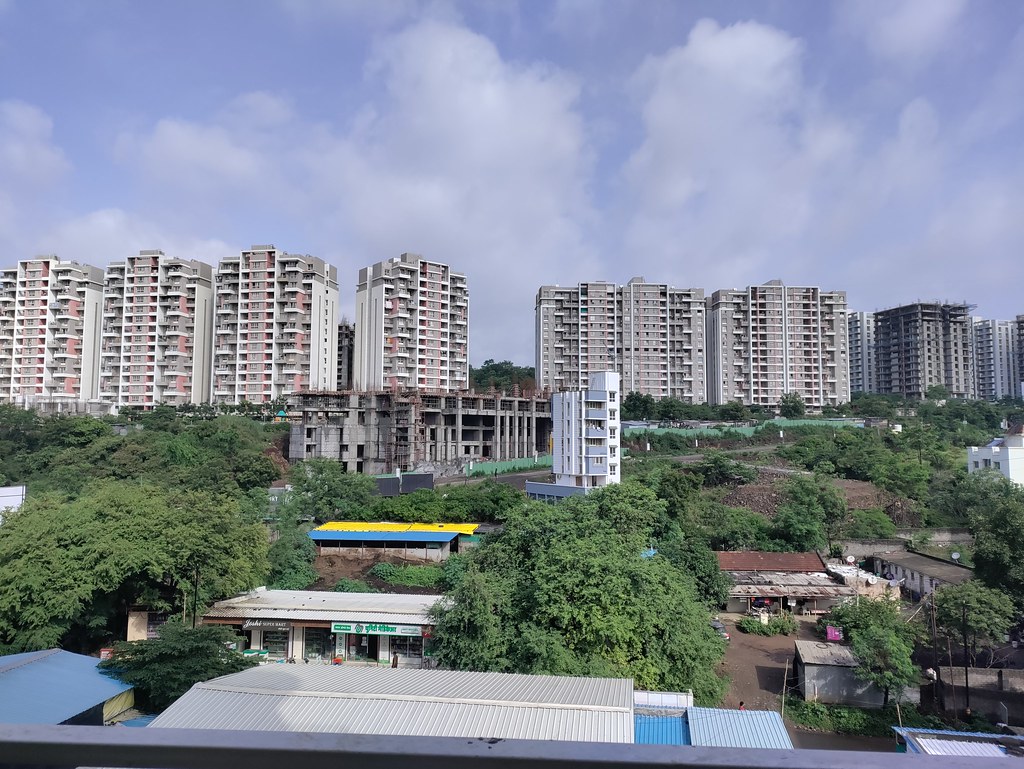 The images produced on the Nord CE 5G in the broad daylight are great but the images shot indoors and during the low-light conditions are a mess. The 8 MP ultrawide camera can get the job done and there is an obvious softness around the corners of the image. There is no point in discussing the depth camera, so let save time by skipping that. Although you can shoot the videos in 4K 30FPS, given the lack of OIS the videos are shaky. The videos shot in 1080P are better in my opinion as the EIS comes into play here.

The 16 MP sensor on the front is great and god only knows how long would OnePlus use the same sensor for selfies. We have already seen the same unit on half a dozen of OnePlus phones already. That said, the cameras on the OnePlus Nord CE 5G aren’t that great. I would pick last year’s OnePlus Nord over the Nord CE any day when it comes to cameras.

OnePlus Nord CE 5G comes with a 4500 mAh battery. As expected, the battery life is great and with medium usage, the device can undoubtedly last for a solid full day or even two (depending on how you use it). Even with gaming, you can pull off with a bit of juice left by the end of the day. That being backed with a Warp charger, the device can charge to 70% in under 30 minutes. Again, this is not the fastest charging phone we’ve in this budget as the iQoo Z3 that we have reviewed recently has managed to charge to 50% in under 20 minutes and it took 45 minutes to fully charge.

Although the device sounds good, there are a lot of compromises here. Coming from a brand that goes with the “Never Settle” tagline, OnePlus is making its audience settle down for a lot less at high pricing. To be honest, if OnePlus would’ve priced the device at around Rs. 15,000 to 20,000 our review would have been different. From where we see it, the Redmi Note 10 Pro and others are far better in offering value to money than OnePlus Nord CE 5G.

In my opinion, the fall of the OnePlus has started with the announcement of Oxygen OS 11. OnePlus is known for its Oxygen OS and people just buy for it. But, OnePlus has decided to take a different route. Next up, the original Nord’s overhype followed by OnePlus x Hasselblad and the whole OnePlus 9 hype drama. Now, the Nord CE 5G. As mentioned at the very beginning of the review, OnePlus is failing to impress its fans and its potential buyers.

Review Overview
Good 3.6
Design and Build 3.8 out of 5
Performance 3.0 out of 5
Display 3.7 out of 5
Cameras 3.5 out of 5
Software 4.0 out of 5
Battery 3.9 out of 5
Connectivity 2.5 out of 5
Value for Money 4.0 out of 5
Good Stuff Decent design Oxygen OS AMOLED display 90Hz display refresh rate
Bad Stuff Only one 5G Band No Optical Image Stabilization Plastic Build No Alert Slider

Posted by Tarun Tej
Follow:
Geekman's Editor Tarun Tej is an avid photographer, music-lover, and TV Series-buff. He finds the ultimate joy when writing about the latest tech and geek stuff. His interests are ranging from anything to do with mobiles, cameras, and any gadget for that matter.
Leave a review Leave a review 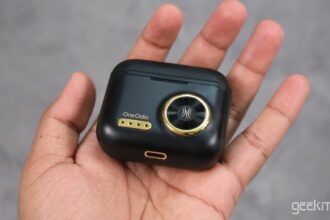 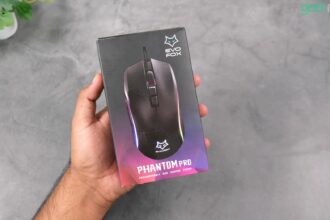