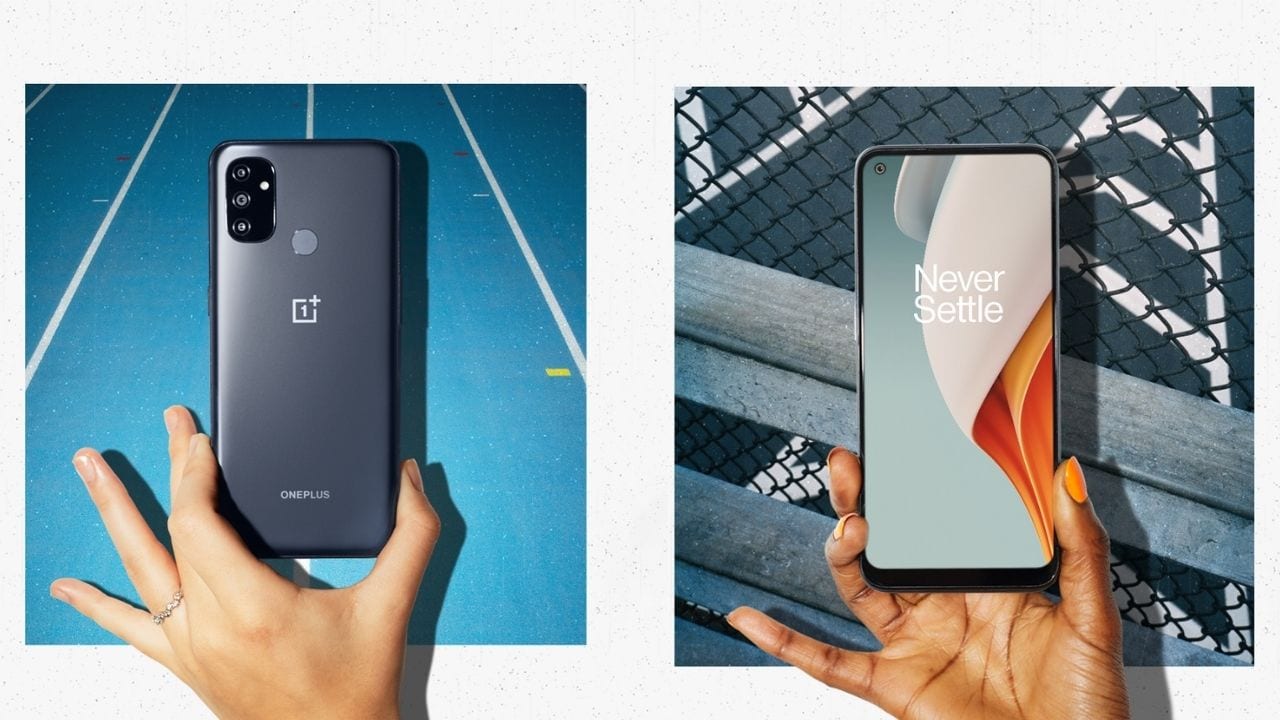 OnePlus Nord N10 5G has seen a few differences from its original Nord series phone. It comes with a 6.49-inch Full-HD+ display with a 16MP Front camera which placed at the top left. It’s powered by the Snapdragon 690 with an octa-core chipset with Kryo 560 CPU with 2.0GHz and the latest Adreno 619L GPU. Nord N10 5G paired with 6GB of RAM and 128GB of built-in storage.

The smartphone has a quad-camera setup with a 64MP camera primary camera, 8MP ultra-wide camera, a 2MP macro camera lance, and a 2MP monochrome camera sensor.

The company is committed to the users that they are providing the high refresh rate displays into all its new phones for the future, but it does not feel with the Nord N100. This device comes with 6.52-inch HD+ LCD display with a 60Hz refresh rate with 8MP front camera which is placed at the top left side of the phone.

The OnePlus Nord N100 is powered by the Snapdragon 460 chipset from Qualcomm. It is coupled with 4GB of RAM and 64GB of built-in storage ( storage can be expandable up to 256GB via a microSD card). You will also get a huge amount capacity 5,000mAh battery with which supports 18W fast-charging. It operates on Android 10-based OxygenOS 10.5 as well.

The triple rear-camera arrangement is placed on the backside with 13MP primary camera (as opposed to 48MP or 64MP sensors), a 2MP depth sensor, and a 2MP macro camera lens.

Overall both device comes with the powerful chipset in this price range. Unlikely, there are no details about availability. Both of them smartphones will available in the US very soon. It’s hard to say the OnePlus plans to bring the Nord N10 and N100 to the under-competitive budget segment in India. But it is probable that The OnePlus Nord N10 5G has been priced starting at £329 (~Rs. 31,699) and Nord N100 starts at £179 (~Rs. 17,299).