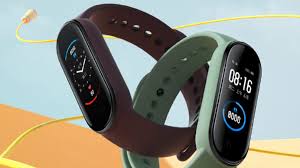 Just like every year, Xiaomi updates his lineup of its affordable fitness tracker and launched the new Mi Smart Band 5 in India today. The price of the new Mi Smart Band 5 has been leaked by the online tipster before the day of launch. Mi  Smart Band 5 was first unveiled in China in June, on the event of the global launch in July. Ther best features of the smart band are the bigger display, new sport modes, and the improved charging mechanism finally.

One of the best updates that the Mi Smart Band 5 has is the addition of 5 new sport modes. The older version predecessor only comes with the 5 sport modes. This means that their users get the benefit of 11 different types of activities to record and make life healthier. The activities include outdoor running, swimming, cycling, walking, treadmill, freestyle, indoor cycling, jump rope, yoga, elliptical machine, and rowing machine with the use of the Smart Band 5.

Xiaomi has now also added the slew of new watch faces more than 65 into the fitness band to give the users more options to customize their fitness band. The silicon band that Xiaomi provides now looks like the same old version but comes with the attractive three new colors that are:- orange, yellow, and olive green. The common color black and blue straps are the same.

Another change the Mi Smart Band 5 includes in that which the user has been requesting for a long time has now finally in this Mi Smart Band that is its  24-hour sleep tracking feature. If you are the owner of the older version of Mi Bands like the Mi Band 4 and Mi Band 3 then you will know that it does not track your afternoon naps but this new Mi Smart Band 5 tracks and also display REM sleep information in the Mi Fit app.

The fitness tracker doesn’t encourage NFC (such as in China) or even feature a SpO2 detector (in demand because of this COVID-19 pandemic). It comes equipped with a PPG heartbeat sensor for 24/7 constant monitoring. It may now display your PAI (Personal Task Intelligence), together with anxiety and sleep observation. Mi Smart 5 is also capable of monitoring women’s wellbeing, i.e fertility, and menstrual cycles.

It comes with the water-resistant up to 50 meters/ 5ATM and now also it sports a remote camera shutter button also with the control of the music playback. the features which are standard of Mi Band are not touched like the notification alerts, caller ID, idle alerts, alarms, and more.

The Mi Smart Band 5 has a massive 125mAh battery and with this, the  Xiaomi claims that the smart band lasts up to around 14 days.  The best change they have done is now it comes with the new magnetic charger that simply snaps onto the underside of the pill. NOw user doesn’t have to take it off the straps to plug the charger.

The brand new Mi Smart Band 5 priced at Rs. 2,499 in India. And the sale lives from 1st October which is exclusively on Mi.com, Amazon India, and Mi Home offline stores.

Anjali Bhatt
Anjali is 21 years old Barbie Girl who professionally engineer, but also very passionate about new technology. She is a full-time Editor at Geekman. When she's not writing an article, you can find her sleeping, finding something on Netflix, or playing video games.
Advertisment

How To Update Drivers On Windows 10, Using Device...