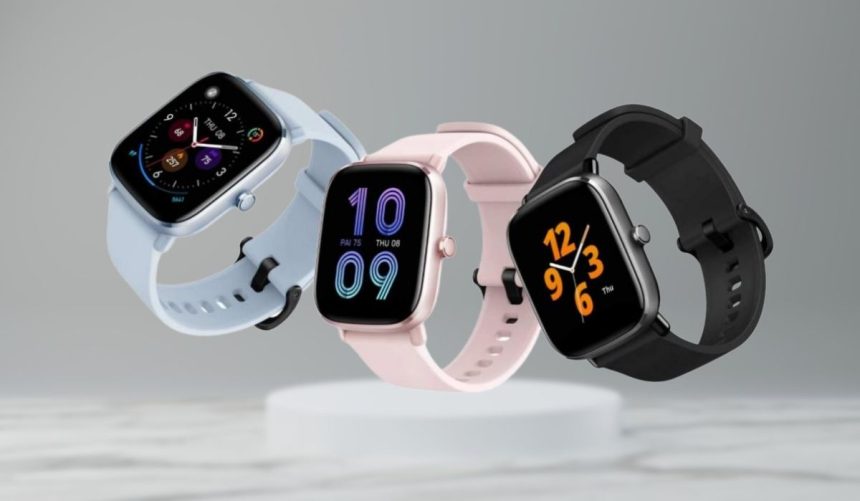 The Xiaomi owned Amazfit just launched GTS 2 mini new version in India. It’s a cheaper version of the original Amazfit GTS 2 Mini that was launched in India back in 2020. The major difference comes in the form of missing sensors on the new GTS 2 mini version.

The new GTS 2 mini version is now available in Breeze Blue, Flamingo Pink and Meteor Black colour options. As I mentioned earlier, it’s a cheaper version so there is some downgrade like the new one doesn’t have a barometric altimeter. The watch does track sports modes such as Snowboarding single, Cross-country skiing, Alpine skiing, Snowboarding double and Skiing. Apart from this, the watch supports up to 68+ sports modes.

Apart from these changes, the rest of the specifications and features are the same on the new Amazfit GTS 2 mini. The new variant has a 1.55-inch AMOLED display with 354 × 306 pixels resolution and 450nits brightness. It has the support of up to 80+ watch faces and 60+ Always-on Display patterns.

The smartwatch is made out of aluminium alloy and plastic material and just weighs only 19.5 grams. In the sensors department, the GTS 2 Mini comes with a BioTracker 2 PPG sensor, movement acceleration sensor, geomagnetic sensor, gyroscope sensor, ambient light sensor and SpO2 sensor. Other fitness features include in-built GPS, built-in Alexa and a 5ATM water resistance rating.

Coming to the battery, the company promise up to 14 days to 21 days of battery life on a single charge.

The Amazfit GTS 2 mini new is priced at Rs. 5999, which is Rs. 1000 less than the old GTS 2 Mini. As a part of the introductory offer, it will be available at a special launch price of 4999 Rs when it goes on sale on Amazon India starting from April 11th.