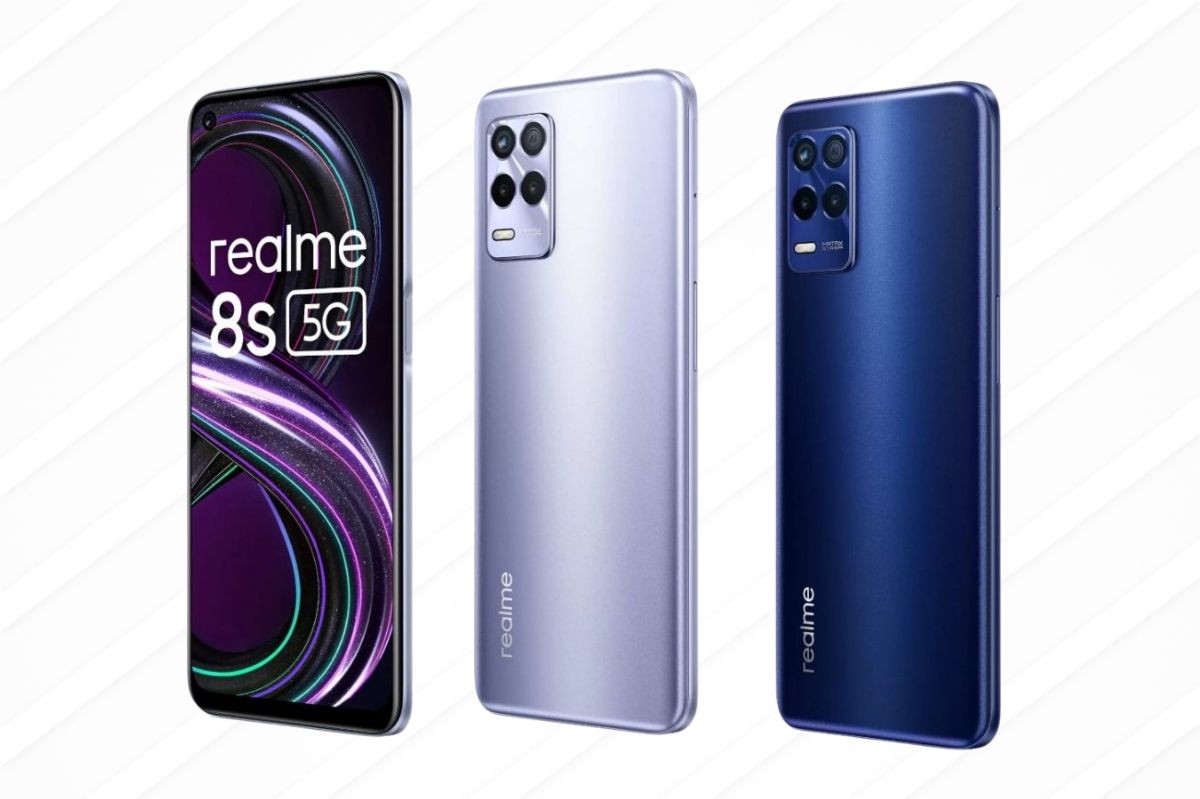 The display has a screen to body ratio of 90.5%. The smartphone is powered by the MediaTek Dimensity 810 SoC which is a considerable upgrade over the MediaTek 700 SoC used on the Realme 7. The Octa Core MediaTek 810 SoC is based on 6nm technology for added performance and power efficiency. The phone has up to 8 GB of RAM, and thanks to the Dynamic RAM Expansion or DRE, you can add an additional 5GB RAM to the already existing 8GB.

The smartphone runs on Realme UI 2.0 based on Android 11, and supports 5G SA/NSA. Unlike the flowing design on the Realme 8i, the Realme 8s has an infinite star design which is inspired by the vast starry sky, and our universe full of mysteries. The phone carries a frost finish which feels good to touch, and also resists the fingerprints well.

The phone has a triple camera setup similar to the one on the Realme 8i. You get a main 64 MP primary shooter with f/1.8 aperture. You also get a 2MP Black and White shooter with f/2.4 aperture, and a 2MP macro shooter. If you love clicking selfies, you might like the 16MP punch hole front facing camera with f/2.1aperture. The fingerprint scanner is incorporated in the power on/off button. The phone draws its power from the 5,000 mAh battery with support for 33W Dart Charge Fast charging.

You can get Rs. 1,500 off if you complete the purchase using Debit or Credit cards issued by HDFC and ICICI Banks.