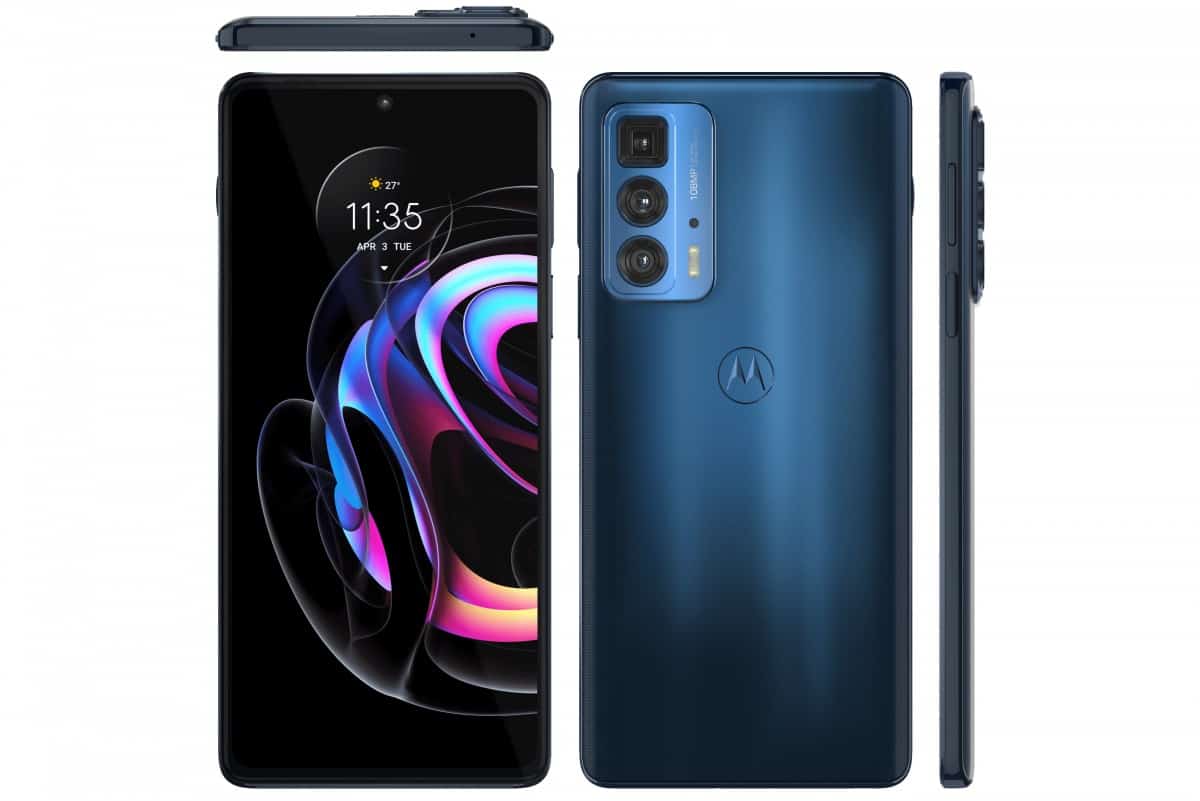 Although we have not heard any official announcement from Motorola regarding the names of the devices, the Edge 20 Pro was listed on the TENNA website. Rumors have been that the Edge 20 Series might feature a 108 MP primary camera, and a poster released by Motorola points the same. With the phone launch being less than ten days away, we have a lot of information on the Edge 20 series. Why don’t we look at the design renders and specifications of the Motorola Edge 20 Pro?

The top of the line Motorola Edge 20 Pro is likely to feature a triple camera setup with a 108 MP primary camera sensor. The camera module looks unique, with the primary sensor having a square-shaped cutout.

As for the other two, you can expect one of them to be an ultrawide sensor that would also work as the macro lens. The third and final sensor should be a periscope lens. You get a rectangular-shaped LED flash in the camera module itself. It should also boast a 32-MP front-facing camera that is aligned centrally.

The Edge 20 Pro would boast of a flat 6.67-inch OLED punch-hole display that offers Full HD+ resolution. The screen would support a 90 or 120 Hz refresh rate.

The Edge 20 Pro would feature a rear-mounted fingerprint sensor embedded within the Motorola logo on the back. Volume rockers and the power on/off button are mounted on the right side.

There is a button on the left side and details and functionalities of which are unknown at the moment. Can it be an alert slider? Do let us know your thoughts in the comments section below.

Talking about storage options, you can expect up to 512 gigs of storage coupled with up to 12 GB of RAM. The phone is expected to draw its power from a 4230 mAh battery with support for 33W fast charging.

We do not know much about the Motorola Edge 20 as of now. However, we do know that the vanilla Edge 20 would feature a Snapdragon 778G SoC. It would also arrive with Android 11 out of the box and draw its power from a 4000 mAh battery.

Motorola has not commented whether they would launch the Edge 20 series in India in the future or not? Do you like this phone and do you want it to come to India? Do let us know your opinions in the comments section below.