Today, at the ‘Unleashed’ event, Apple launched the most expected 14-inch and 16-inch MacBook Pro models with M1 Pro and M1 Max chips. The new M1 Pro and M1 Max chips come with up to 10 cores CPU with 8 high-performance cores and 2 high-efficiency cores, along with an up to 32-core GPU and up to 32GB of fast unified RAM. The new chipsets also feature enhanced media engines with dedicated ProRes accelerators specifically for pro video processing. And the new MacBooks feature a notch similar to what we get in iPhone 13.

The new Apple Macbook Pro 2021 is powered by new M1 Pro and M1 Max chipsets in the processing department. You have the option to choose between the M1 Pro and M1 Max CPU on both the 14 inch and 16-inch versions. There is a 16GB of Ram on the base variant for processor support, and it goes up to 32GB with the M1 Pro chip and 64GB with M1 Max. For storage, both variants start at 512GB SSD to go up to 8TB SSD.

The MacBooks Pro comes with a new macOS Monterey out of the box. However, the new OS Monterey update will be available from October 25 too old MacBook users.

On the connectivity department, both display variants come with three Thunderbolt 4 Type-C ports that support charging, DisplayPort, Thunderbolt 4 (up to 40 Gbps), USB 4 (up to 40 Gbps). It also has an SDXC card slot, HDMI 2.0 port, and MagSafe 3 port. Yes, after too many requests, Apple finally brought back the MagSafe charging support (charge up to 50% in just 30 minutes).

The Apple Macbook Pro also support Bluetooth 5.0 and Wi-Fi 6. For video calls, a 1080p FaceTime HD camera is present inside a notch in the screen. The new Macbook Pro also has a Magic Keyboard that is set in a double-anodised black well, which elegantly highlights the backlit glyphs on the keys and features a full-height function row and a wider escape key. Yes, we lost the touch bar in the new Macbook.

The new MacBook Pro models are available to order today on the Apple official online store worldwide including India and will be available in select Apple Authorised Resellers starting Tuesday, October 26. 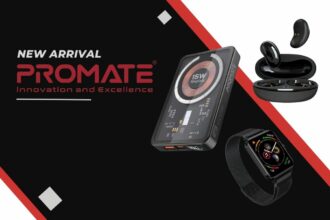