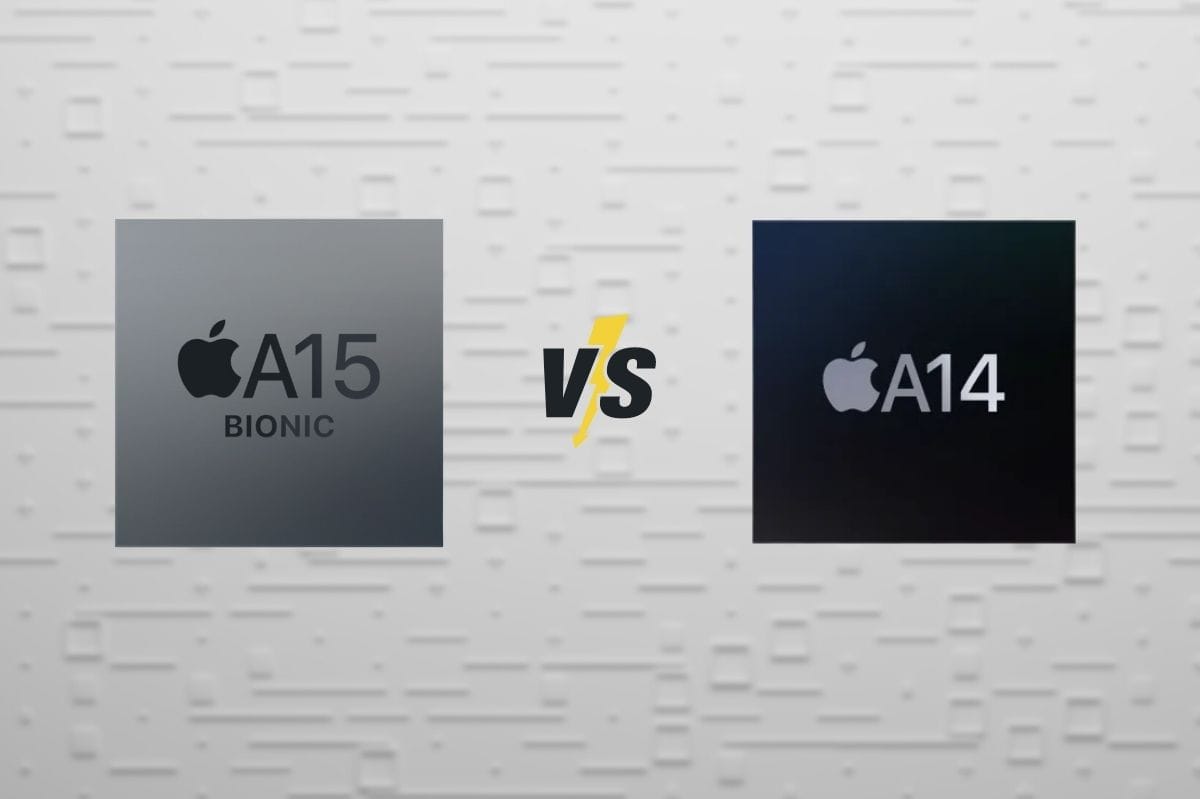 The A14 and A15 Bionic Chips serve as the central processor, neural engine, and even graphics card for the iPhones. Although Apple designs, and develops the chips, these raw silicon chips based on the 5nm technology are provided by the Taiwan Semiconductor Manufacturing Company or TSMC. The A14 and A15 Bionic Chips deploy several complementary systems that work in sync with each other to provide that powerful performance, which cannot be compared to any other smartphone chip on the planet. The A14 Bionic Chip is nearly 29% faster than its nearest competitor, the Snapdragon 888 chipset. Although we do not have the performance scores for the A15, we can expect the performance to be even better.

One of the major differences between the A14 Bionic Chip and the A15 chip is the architecture used in designing them. Although both these chips are built on the 5nm technology, there are nearly 15 billion transistors in the A15 Bionic when compared to the 11.8 billion transistors used in the A14 chipset. The added number of transistors would certainly boost the performance of the chipset. Although Apple has not declared the performance numbers for the A15 chipset, it claims that the newer chip is about 50% faster than the competition.

Another upgrade that Apple talked about a lot in its event was the improvement the company made in iPhone’s neural engines, which would improve its machine learning capabilities. This means that AI features like Siri, and photography would be better in iPhone 13 when compared to iPhone 12.

At last, the A14 Bionic Chip was great, but it seems like the A15 Bionic Chip is going to be even better.