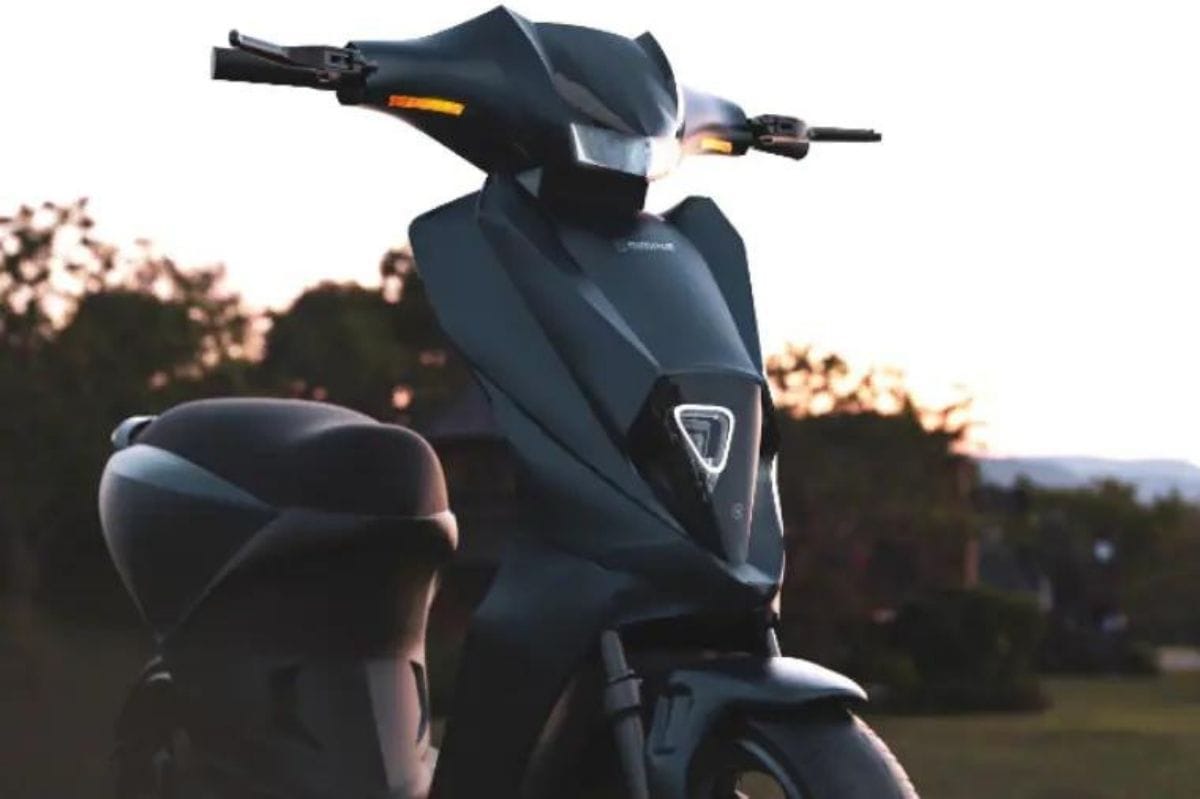 Simple Energy, a Bangalore-based startup has launched its first electric scooter in India, Simple One on 15th August. The Simple One electric scooter makes use of a patented PMSM Motor that produces 4.5 kW power and 72 Nm of torque. This allows the electric scooter to go from o to 40 kmph in just 2.95 seconds and it also has a top speed of 105 kmph. The scooter offers four different modes: Eco, Dash, Ride, and Sonic.

Let’s now discuss the features of the scooter. The Simple One scooter features a lightweight yet strong chassis in the shape of a tubular design. The ride quality is expected to be exceptional on the scooter thanks to the front telescopic suspension and the rear progressive mono-shock sensor. The scooter makes use of a chain drive transmission, something that is usually not observed on most of the scooters in the market currently. Talking about brakes, Simple One features 200mm rear and 190mm front disk brakes. The kerb weight of the scooter is about 110 kg and it has nearly 30 liters of under the seat storage space.

The Simple One is a highly advanced scooter and it houses some great tech features. First, you have the 7-inch touchscreen display with 1000 nits brightness. This means that you should not have any difficulties looking at the screen even when the sun is shining brightly over your head. You also have the option of customizing the user interface according to your own preferences. In terms of connectivity options, you get 4G and Bluetooth 5.2 that can be used to take calls, pair your smartphone, and listen to music on the go. You also get a mobile application that helps you monitor the tire pressure, track your vehicle, and geofencing.

The scooter is powered by a 21700 cell 4.8kWh battery in addition to a 7 KG removable battery pack. You can remove the battery pack to charge it as per your wish but the bigger 4.8kWh battery is built-in and can be charged only via the socket present in the scooter. Simple Energy claims that it has a maximum range of 236 km which is more than any other electric scooter in the entire world. The built-in battery can be charged in under two and a half hours whereas the removable battery takes about 75 minutes to go from 0 to 100%.

Simple Energy also stated that they are planning to set up more than 300 Simple Loop charging stations in 12 states across India in the upcoming seven months. They also claimed that they are working on a factory that would be capable of producing up to 1 million such electric scooters annually.

The Simple One electric scooter would be offered in four color variants namely: Grace White, Namma Red, Brazen Black, and Blue. The scooter would carry a price tag of Rs. 1.1 lakhs and would be built in the Indian state of Tamil Nadu. However, the price might be a bit less in some states due to the subsidy offered by the state governments. Initially, the scooter would be offered in 13 states across India including Delhi, Goa, Tamil Nadu, Karnataka, and Maharashtra. The Simple One would compete directly with the likes of Ola Electric S1,  Ather 450, and TVS iQube in the electric scooter segment. If you want to pre-book your Simple One electric scooter, just visit the official website and pay a pre-booking amount of Rs. 1947. Simple Energy has kept the pre-booking amount Rs.1947 because our country got independence from the Britishers in 1947 and they launched the Simple One on 15th August, India’s independence day.