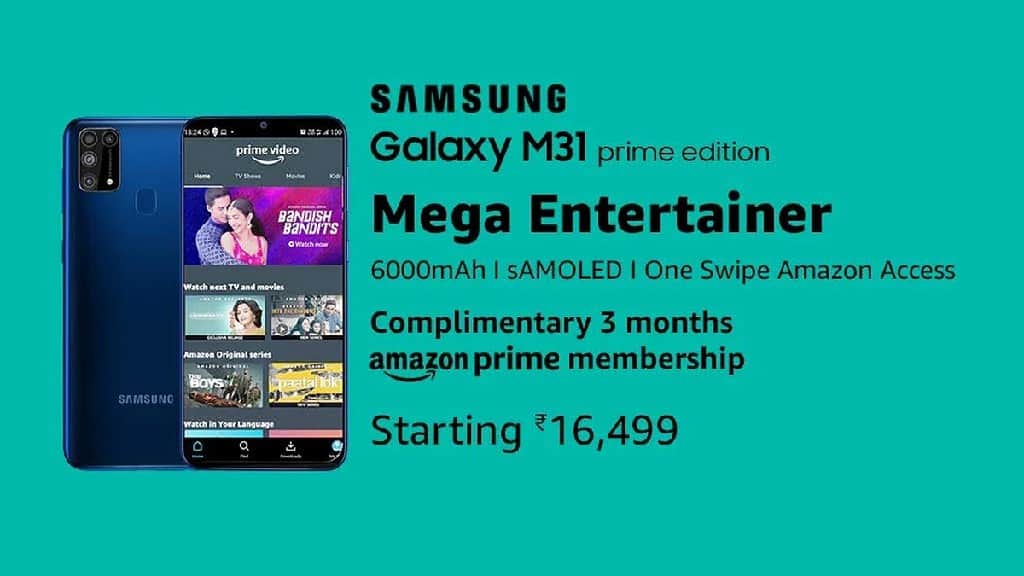 After teasers, Samsung has now officially launched the Galaxy M31 Prime in India with the price tag of Rs. 16499. The new Galaxy M31 Prime available in Ocean Blue, Space Black and Iceberg Blue colours, and will be available from Amazon.in during Great Indian Festival sale from October 17th as well as Samsung official store and select retail stores. During Great Indian Festival sale on Amazon.in, Prime members get special Rs. 1000 Amazon Pay Cashback on all prepaid payments on October 16th.