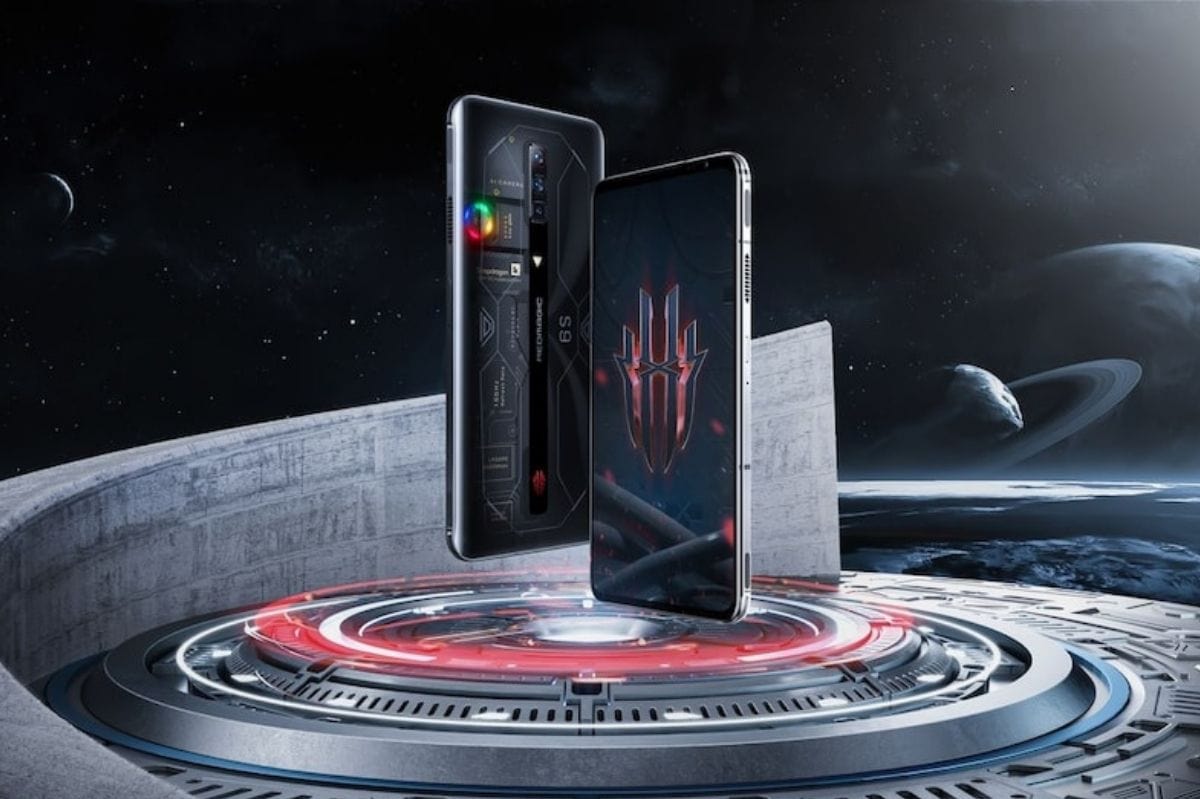 Redmagic mobile phones have always been a great value for money option because they offer almost every feature at an affordable price. The freshly launched Redmagic 6S Pro is a prime example of the same. The Redmagic 6S Pro has been launched in China just today and it is a slightly upgraded version of the Redmagic 6 which was launched earlier this year. In addition to the 6S Pro, the company also launched the Redmagic Vitality Edition smartwatch. Just like the 6, the 6S Pro also houses almost every feature that you can think of. Let us now have a look at what this phone offers.

There are not a lot of differences between the Redmagic 6S Pro and the Redmagic 6. The freshly launched 6S Pro is powered by the most powerful Android processor today, the Snapdragon 888+ when compared to the Snapdragon 888 on the Redmagic 6. The phone boasts of a 6.8-inch AMOLED display with a higher refresh rate of 165Hz and a touch sampling rate of 720Hz. The contrast ratio on this device is 1000000:1, and you also get an in-display fingerprint sensor. The screen is SGS-certified and you also get support for DC dimming.

The phone is blazing fast not only because of the Snapdragon 888+ SoC, but also because of 18GB LPDDR5 RAM, and 512 gigs of UFS 3.1 storage. The cooling system of the 6S Pro is one of the best in the business as you get a graphene composed ICE 7.0 cooling system. Cameras are not the strength of a gaming phone and the 6S Pro is no exception to this statement. You get a triple camera setup with a main 64MP shooter, an 8MP sensor for ultra-wide shots, and a 2MP sensor for taking macro shots. The selfie department is handled by a 8MP sensor on the front.

Talking about connectivity options, the list is quite long for the 6S Pro as you get support for 5G, Wi-Fi 6, NFC, Bluetooth 5.1, USB Type-C, GNSS, and surprisingly, a 3.5mm headphone jack. The Redmagic 6S Pro also stands out in sensors as you get an accelerometer, proximity sensor, ambient light sensor, compass, and gyroscope.

The Redmagic 6S Pro runs on Redmagic OS 4.5 based on Nubia UI running on Android 11 out of the box. The UI has been optimized for gaming purposes and there are a lot of features that would be really helpful when you are playing your favourite games. To conclude things, the Redmagic 6S Pro draws its power from a 4,500 mAh battery, with support for 120W fast charging.

The Redmagic 6S Pro will go on sale in China from 9th September whereas the pre-bookings have already been started.