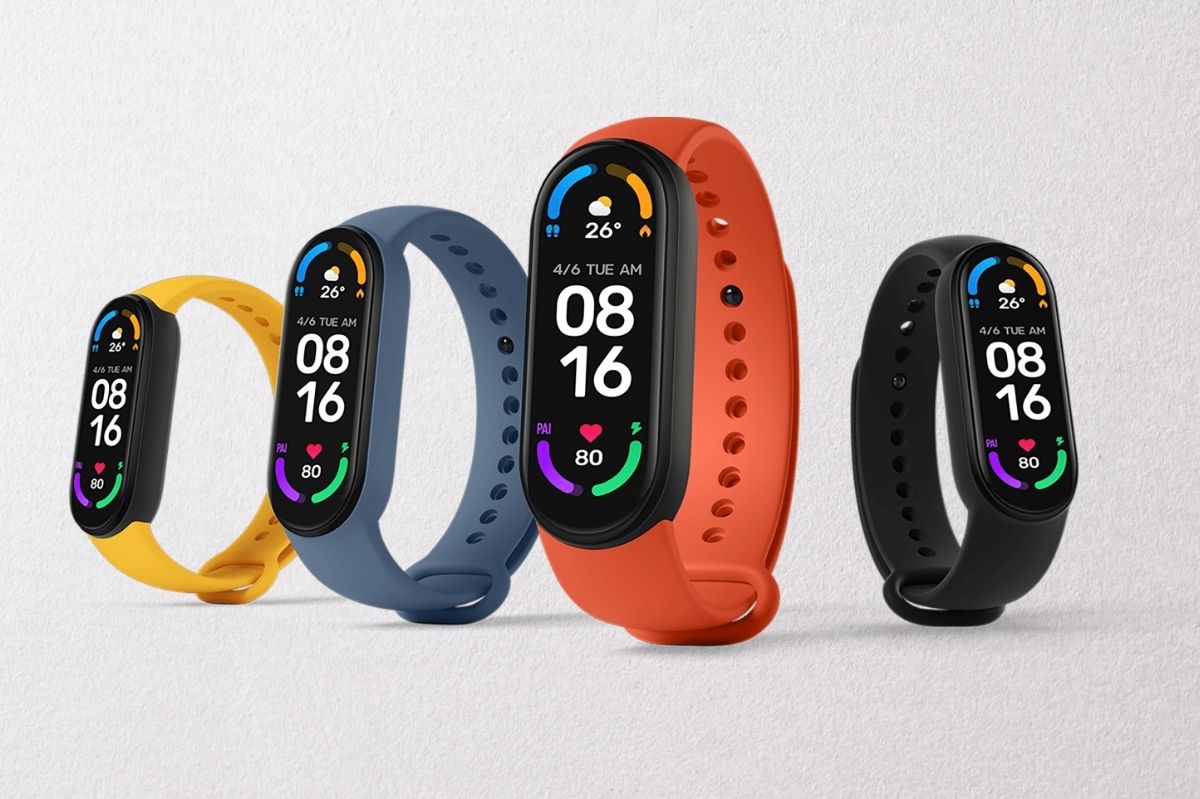 Just a week ago, Xiaomi confirmed the arrival of the Mi Smart Band 6 and today, the Chinese brand just fulfilled their promise. The Mi Smart Band 6 is the biggest and most powerful fitness tracker by Xiaomi which is evident by its 1.56-inch full screen AMOLED display. According to Xiaomi, it is a unique display with the display in the shape of a running track. The screen offers a resolution of 326PPI and the screen display is 50% more than any other Mi Smart Band launched before. The Smart Band 6 supports several customisable band faces and offers over 80 different watch faces.

The Mi Smart Band 6 also features a stress monitoring mode, helps you with breathing patterns, can withstand water pressure up to 5 ATM, and also has a dedicated mode for female health tracking. The Smart Band 6 draws its power from a 125 mAh battery that can last for up to 14 days on continuous use. You also get a magnetic connector for charging the Smart Band 6.

In terms of connectivity options, the Smart Band 6 has support for Bluetooth 5.0 and is compatible with devices running on Android 5.0 & iOS 10.0 and above. The Band 6 also supports Xiaomi applications and the Mi Fit Band. The Smart Band 6 weighs just 12.8 grams which means that it should be comfortable even if you have been wearing it for extended periods of time.

Let us now talk about the pricing of the Smart Band 6. The fitness tracker is offered in a single Black colour variant and it carries a price tag of Rs. 3,499. You have the option of choosing between the colour of straps including Ocean Blue, Maroon, Light Green, and Orange. The Mi Smart Band 6 would be available for purchase on Mi.com, Amazon and Mi Home Stores.