Basic Parts Of A Computer

Here is the list of all the basic and common PC hardware components and peripherals.

The computer case is a box-shaped structure that serves mainly as a way to physically mount and contain all the actual hardware components inside a computer.

Yes, the outer chassis of a laptop or tablet is also considered a case but since they aren’t purchased separately.

The primary purpose of the computer case is the protect sensitive components like motherboard, processor, and RAM from external factors like dust, air, and water that might harm them.

Another good use of a computer case is to keep the hardware cool. The good airflow over the PC components is one more advantage to using a computer case. The computer case has special vents to allow some of the fan air to escape (hot air), the rest of it can be used to cool down the PC hardware.

There are many types of computer cases that come in different sizes and build.

The power Supply Unit or PSU

How do I choose the right PSU?

Before choosing the PSU, it is important to make sure it is compatible with the form factor of your computer case and motherboard. Second, the thing you need to consider is the wattage.

Firstly, when choosing a power supply unit, it is important to make sure it is compatible with the form factor of your server case and motherboard. This will ensure it fits within your server. The higher the wattage rating, the more power the PSU can provide to your computer.

So first, you need to calculate how much power your computer components require to run effectively. For example, if the hardware in your PC requires 600V, it would be ideal to buy a 1000 -1200V power supply unit. Most of the PSU has the highest efficiency at ≈50% load. And this extra power also allows for room to extend your computer with further components if needed.

A motherboard can be considered the heart of a PC and almost every part used in the computer is connected directly to the motherboard. The CPU, RAM, Graphics card, Drives, Power supply, and more all get connected to it.

The motherboard function is to integrate all the PC components so they can communicate and operate together. It is also responsible to distribute power to the various computer components.

Just as a motherboard is the heart of a computer, a CPU is the brain of the computer that processes all the data. The CPU performs calculations, actions, and runs programs. The CPU takes all the information from the RAM and processes it to perform the tasks required from the computer side.

A hard drive is a mechanical drive that stores all the data. It is usually installed internally in a PC Case, attached directly to the disk controller of the motherboard. It contains one or more disk platters, housed inside of an air-sealed casing case. The data is written or read on the platters using a magnetic head, which moves rapidly over them as they spin.

Extra Info: HDD drive is connected to the motherboard using a SATA, ATA, and SCSI cable. It is powered by a connection to the computer’s PSU. Apart from storing the user’s personal data, it can also be used as a boot drive to run the operating system from it.

An SSD (solid-state drive) is a new generation of storage devices used in computers. The SSD is also a type of hard drive, but it doesn’t have any disk or moving parts. The SSD consists of a bank of flash memory that can hold a reasonable amount of info or data, which makes it much faster than a traditional mechanical hard drive.

The SSD is a high-performance drive. It’s faster than HDD and cannot be as easily damaged by dropping.

A Graphics card is hardware that is used to increase the video memory of a system, and make its display quality more high-definition. The Graphics Card (GPU) makes the computer more powerful and gives it the capacity to do more high-level works.

The graphics card can also be referred to as a video card and it takes all the burden of video tasks from the main processor. This gives a big boost in overall computer performance.

The GPU is very much important for gaming and video editing tasks. Every video game needs a graphics memory to start and it depends on the type of the game.

Integrated GPU: The new generation processor comes with limited graphic memory, which is called the integrated GPU. Most of the users using a computer for standard tasks like web surfing, creating or reading documents or watching movies will be fine using the integrated graphics.

Discrete (External) GPU: An external GPU that is installed onto the motherboard as an extra component. For users branching out into gaming and video editing, an external graphics card is usually needed to speed up the image processing time.

A Bluetooth Card as the name suggests is a card in-built in the computer that helps your computer pair with your smartphone, wireless speakers, and even other computers via the means of Bluetooth connectivity.

WiFi is really essential for a computer as it allows your computer to connect to the internet. A WiFI card allows your PC to catch the available WiFi signals and pair them with them.

Out of all the output devices available to us, a monitor is probably the most important of all of them essentially because a monitor is responsible for all the output visuals. Once the computer has performed the task successfully, it is the job of a monitor to display it for use by the user. Everything that you are reading right now along with all the texts, videos, images, and GIFs that you see are displayed on the monitor itself.

The monitor technology has evolved tremendously in the past few years as instead of those bulky monitors that we used to see a few years ago have been replaced by LED monitors that do not eat up a lot of space, and they have better visual performance and power efficiency.

The keyboard is perhaps the most important of all input devices, and it is used to feed the computer with data, texts, symbols, and more. There is no fixed keyboard layout that is used all over the world. However, the most common type of keyboard is the one with a QWERTY layout. However, there are several unique keyboards in existence. Additionally, there are a lot of keyboards that feature a dedicated number pad, whereas there are a lot more that do not feature them.

We are all familiar with the triangular-shaped pointed structure called cursor that floats on your device’s screen. This cursor is controlled by the mouse or a trackpad on laptops, and it is used to control the various elements visible on your computer screen including applications, and menus.

Over the years, mouses have evolved tremendously, and these days you get different kinds of mouses for different kinds of uses. The most common mouse is the one with two buttons and a scroll wheel. Then you also get gaming mouses that have plenty of buttons, with each button having a particular role that helps during games.

A printer prints the information that you want on a physical piece of paper. A printer is generally used to print texts but it can be also used to print images and more. On the other hand, a scanner is a device that helps in scanning a document or a piece of paper which can then be shared by other entities via different modes.

A Web Camera is a device that is used to take photos and videos via your computer. A web camera is of great help to working professionals, and students who need to attend virtual meetings. These days, most laptops come with a pre-installed web camera.

A microphone is a device that helps you to record sounds that can be used to converse with others during calls or meetings. Most laptops these days have an in-built microphone that can also be used to activate the voice commands on your device.

Graphics Tablet has picked up immense popularity during the lockdown phase when online classes became more prominent. These graphic tablets are used mainly by teachers and artists, who either have to draw some structures or create art with great precision.

A trackball is quite similar to a mouse, and both of them are used for controlling the cursor present on the screen. However, unlike the mouse, we do not move the trackball itself. Instead, we move the ball that then controls the cursor.

Operating a computer without any speakers is usually not that fun because you would not be able to listen to any sound that is produced by the computer. A speaker converts the electronic signals into sounds that can be heard by humans. Speakers are generally used to playing music tracks, and hearing the audio while playing videos, movies, or performing any task.

A 3D Printer can be considered to be a 21st-century marvel and it is used for printing real-life objects made out of plastic filaments. 3D printers can be used to print anything ranging from real-life action figures to machine guns, and more.

A projector is a device that works like a monitor that displays the visuals on a screen of your choice and size. A projector is generally used by professionals during presentations when they have to present their thoughts in front of a large number of people.

Headphones and Earphones are quite similar to the Speakers, but with a significant difference. When an audio track is being played via the speaker, the audio can be heard by a lot of people unless the audio volume is too less. On the other hand, no matter how high the volume is, the audio played on a headphone or earphones can be heard only by the person wearing them.

Gamepads, Joysticks, and Steering Wheel are all devices that are helpful while gaming. Although your gaming needs can be fulfilled well by a keyboard, and mouse, the gaming experience is elevated with these devices. 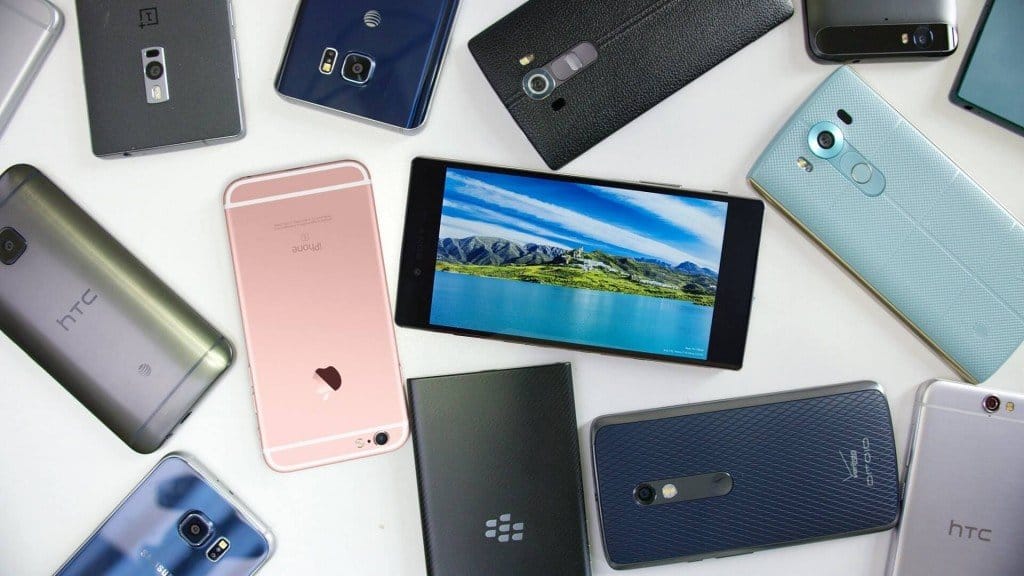