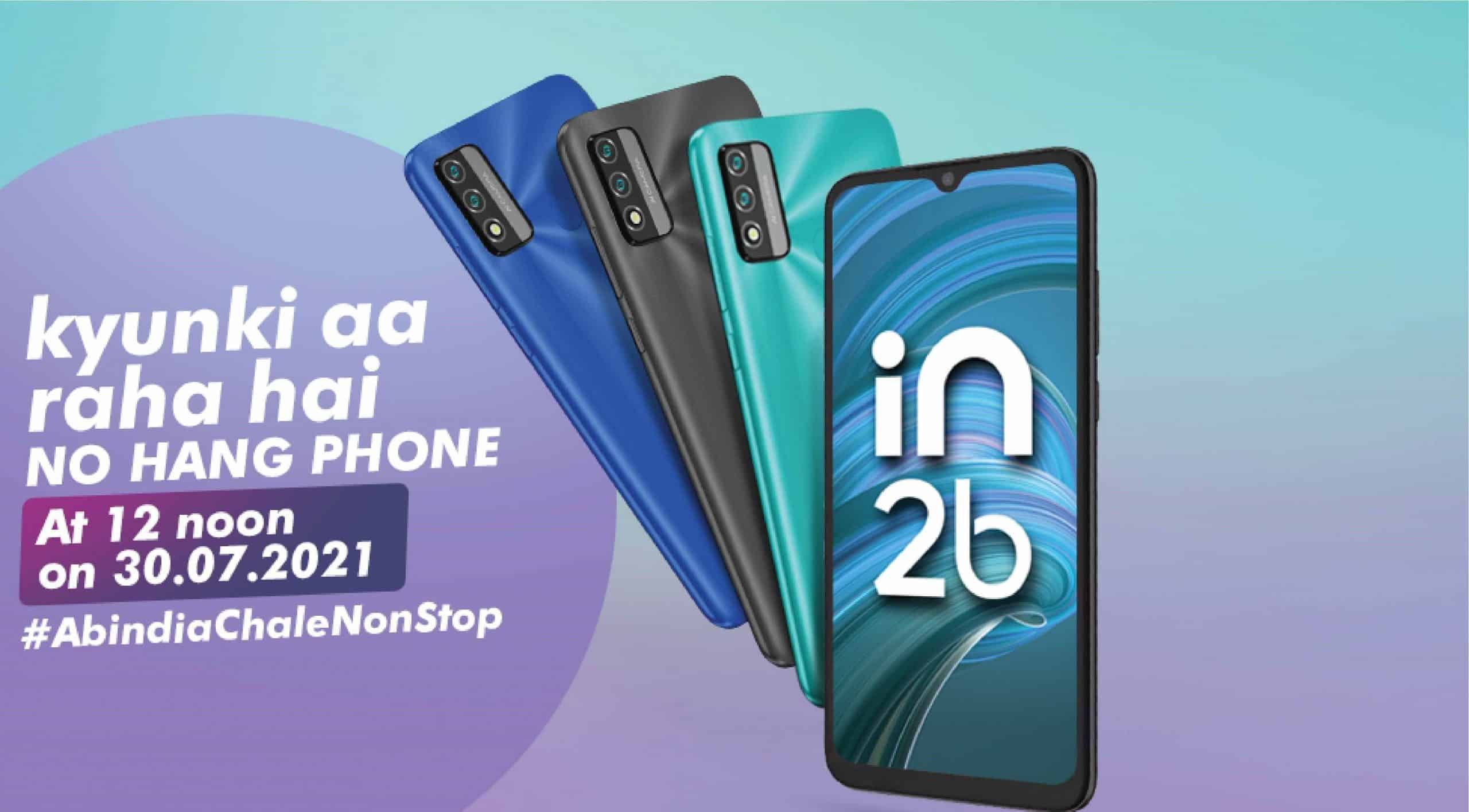 After being a ghost for almost 3 years, Micromax returned to the Indian smartphone market with the launch of the Micromax IN 1B smartphone. Now, the Indian smartphone company is launched their new smartphone, or what we can say, the successor of 1B, Micromax IN 2B. This new Micromax smartphone comes in Blue, Black, and Green colors are priced at 7999 Rs for the 4GB RAM with 64GB storage version, and the 6GB RAM with 64GB storage version costs 8999 Rs. It will be available from Flipkart and Micromax India website starting from August 6th 2021.

The Micromax IN 2B is powered by an Octa-core 12nm UNISOC T610 processor, and as per the claims of Micromax the phone has managed to score 176847 points on AnTuTu which is almost 45% better than its competition. Talking about the GPU, we have Mali-G52 out of the box, which provides 30% better graphics compared to its competitors.

It features a 6.52-inch HD+ Drop Notch LCD screen with an 89% screen-to-body ratio and 1600 x 720 pixels resolution. On the camera department, the phone features a 13-megapixel primary rear camera along with a 2-megapixel depth sensor and a 5-megapixel camera on the front. For batter selfie, it has a 5MP front camera with an f/2.2 aperture.

The rear plastic panel of the Micromax IN 2b has tiny patterns that offer a good grip, and there is a rear-mounted fingerprint scanner. The smartphone comes with a 5000mAh inbuilt battery with support for 10W charging over USB Type-C.

Micromax IN 2b Specification